A Story about the ‚Ordinary‘ and the ‚Extraordinary‘ 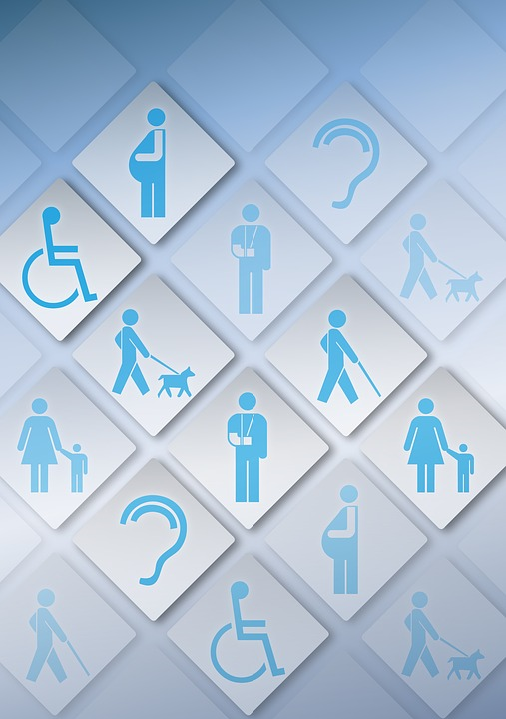 We usually try to consider both sides of a coin, yet historically and culturally speaking we have very much failed to investigate and question our understanding of “normal” and “extraordinary” bodies. This is not merely a question of philosophy but of societal strife, invisible power hierarchies and chained existences. Let’s open the box.

We define ourselves in relation to what (we think) is normal. If we exclaim: this is extraordinary!, it only becomes meaningful if the other person shares our understanding of what “ordinary” means.

Normality is a ubiquitous presence in our lives, an invisible measuring tape that ranks our weight (BMI), intelligence (IQ)… you can even measure and rank your dietary intake. What we do not realise: normality does not exist, it is made up – as all concepts we use to describe our world are. More often than not, normality is a rhetorical tool to draw lines between people, establish groups and then exclude and include people according to these divisions. In this article, I want to draw attention to one such group that, to my knowledge, has been and is discriminated against in fundamental ways; so ingrained that we hardly dare discuss it or that we are not even aware this group exists: people with disabilities.

In a first step, I want to explain where some of our ideas about normality come from. Normality is a hodgepodge. Numerous, often contradictory concepts that are thrown together and then poured into a melting pot. Consequently, we have to approach this term as time travellers. Fasten your seatbelts and hold on tight.

One of the concepts that preceded normality was the ideal. In order to grasp how an “ideal body” was conceptualised, we can look at Greek depictions of their gods. The divine body, the ideal body was not attainable by a human because they were humans, not gods. This means that for example when painting Aphrodite, the goddess of love, the Greek artist Zeuxis used as his models countless beautiful women in order to select in each her ideal feature or body part and combine these into the ideal figure of the goddess. “[I]n a culture with an ideal form of the body, all members of the population are below the ideal” explains Lennard J. Davis in the Disability Studies Reader. “By definition, one can never have an ideal body. Therefore, there was no social pressure that populations have bodies that conform to the ideal” (Davis 2).

Oftentimes subsumed under today’s “normal”, the Romantic concept of the “natural” was similar yet different. Both terms are ways of establishing the unquestionable good (normal vs. abnormal, natural vs. unnatural) and social hierarchies that justify the denial of legitimacy and certain rights. However, very crudely put, the natural does it with nature and God, the normal with numbers and statistics. The Romantics believed that nature represented the guidebook of God, which means they saw a firm link between the real world/nature and the transcendental/God, between the body and the soul. If either was tainted, so was the other. This is why in that period you will find that people with disabilities and criminals are named in one breath; why having an unnatural body always implied having a degenerate psyche and, quite possibly, being demonic and evil. (This is also the reason Voldemort goes from pretty boy to no-nose-man after having split his soul too many times. But I digress.). You will find traces of this idea in the preconceptions we have about people with disabilities today. Romantic period, France. With the industrial revolution in the early 19th century and the social and economic upheaval that followed, there came a change of mindsets. “The idea of the natural had been a static concept: The natural was good and right because it conformed to the design of the Creator of nature. Normality, in contrast, was an empirical concept for a changing world.” (Baynton 35). The premise of this world was that the rulebook of life, i.e. evolution (see Darwin’s Origin of Species from 1859) and progress lay in human nature itself. In tandem, the factory and the belief in progress and evolution produced the original meaning of normality.

Allow me to illustrate.

As you can imagine, industrialization came with a need for normed parts, that is, parts that were of uniform design so they were interchangeable; and with a need for interchangeable workers. More “normal” parts and workers equalled more profit and thus more economic success. When the French statistician Adolphe Quetelet (1796–1847) conceived of “l’homme moyen”, the average man, it is unlikely that he wanted to find the most suitable factory worker. However, his idea that the ideal man was one completely average both in body and mind was, I will argue, probably influenced by the notion that “normality” (whatever people decided that was) meant success and progress. Quetelet’s average was not the mean (add all numbers and divide by the number of numbers) or the median (take middle value in the list of numbers) but something he called “true average” (Canguilhem 158). He measured the height of a number of men, searched for the largest subgroup of men that shared a certain height and that height became his “true average”, the “normal”. Although Quetelet’s normality denoted the usual, and ordinary – statistics in themselves are not prescriptive -, in actual usage it functioned as an ideal and excluded those defined as below average. Let me quickly point out the fallacy in assuming that something is good because it is common or vice versa. What if the majority of people had a cold, would that make the cold something good to have? Or is the reason why (in our scenario) so many people have a cold the fact that having a cold is a good thing?

But to come back to our industrialist friends: In the context of a belief in progress, a belief that the human race always improves itself naturally if everything continues in its ordinary path, it stands to reason that the abnormal/subnormal was not a welcome guest.

We see here the birth of “normal” as we use it today: a conflation of what frequently occurs, i.e. is “ordinary”, with the natural, the ideal and the norm. This is all very complex but you can think of it this way: not being society’s highest standard changed from being a non-issue (see: the ideal), to a dilemma that would keep you trapped in a social hierarchy that existed because it was God-given (see: the natural), or, even worse, “scientific” (see: the normal). Since numbers and statistics are still our highest goods of certainty and objectivity today, they are the most effective tool in assuring that whatever the criteria for disability are at a given time (this is is not static, no matter what people tell you), people who fall in this category will stay right where they belong, at the bottom of the hierarchy. As science is deemed neutral and disinterested, there seems to be little point in arguing against it.

So what does it all mean? The reason why we needed to discuss the normal is that I know of no case where someone woke up one morning and said: some of my differences from others are so defining, I must be disabled!

Children assume that whatever they are is fine – until they are told otherwise by their parents, friends and general environment. As I tried to illustrate on our voyage through time: disability is relative – who we think is disabled and how those individuals are treated varies greatly over space and time. Disability, more often than not, is just made up of characteristics others (ruling social groups) say are defining enough to assign you to one of the bottom categories of the societal hierarchy.